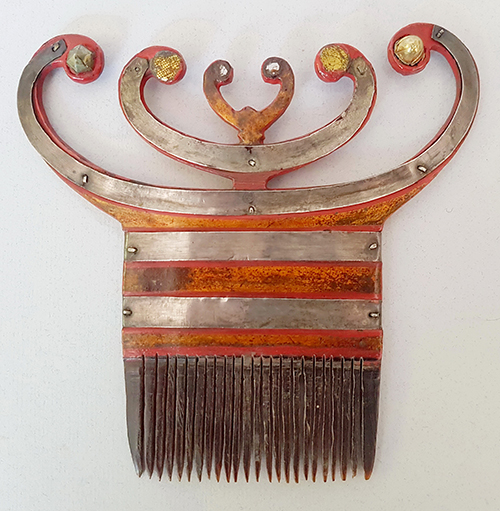 A nice generous piece, 13 cm high and 13.5 cm wide. We acquired it in 2014, so it is not shown in Truus Daalder’s Ethnic Jewellery and Adornment, which was published in 2009, although that contains another – but different – example on p. 182. There seems to be uncertainty about the meaning of the shape of the top part, which is thought of as representing either water buffalo horns or ships (or both), with trees also sometimes suggested.