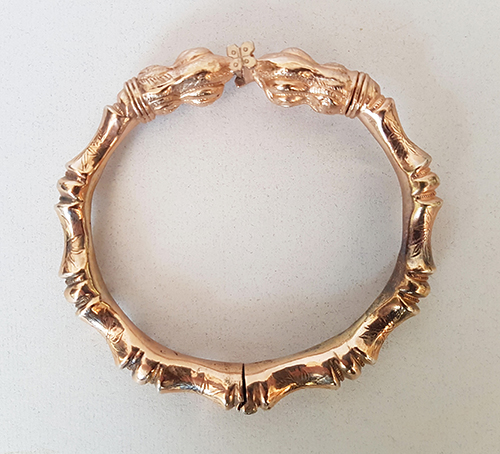 The Nonya were the Malay wives of Chinese men who had migrated from China during the late 19th and early 20th Centuries. The anklet features fine decoration, with an outer diameter of 9 cm. It could be opened and closed, as shown in the detail photo. We bought this in 2007, too late for the object to be included in Truus Daalder’s Ethnic Jewellery and Adornment.

Share this:
← Loimi-Akha Headdresses from Thailand
Silver Belt from India →