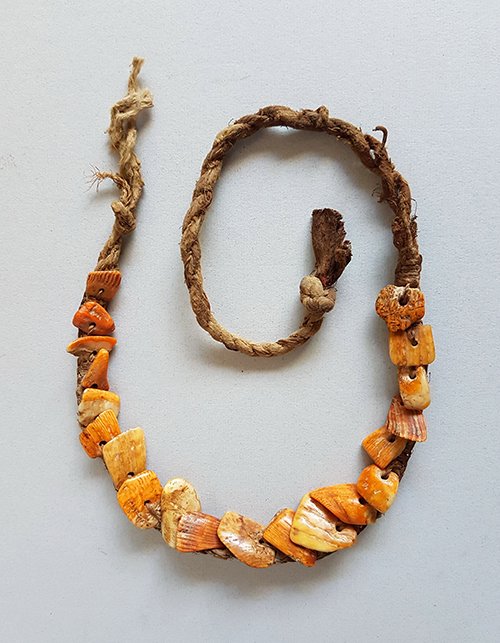 While to Western eyes, and indeed elsewhere, too, this may look like a necklace, it is in fact traditionally worn as a headband in the place or origin, Oro Province in Papua New Guinea. This is a good old piece, made of well-worn fibre and pieces of spondylus shell. Spondylus shell has for literally thousands of years been hotly collected and traded in various parts of the world, no doubt principally because of its color. While it is found in more than one place, it certainly does not occur everywhere, and to the indigenous inhabitants of Oro Province these items were very valuable, particularly during the long period in Papua New Guinea history when in general (metals being unknown) shells represented money as well as beauty.

Share this:
← Headpiece from Turkmenistan
Headbands from Papua New Guinea →