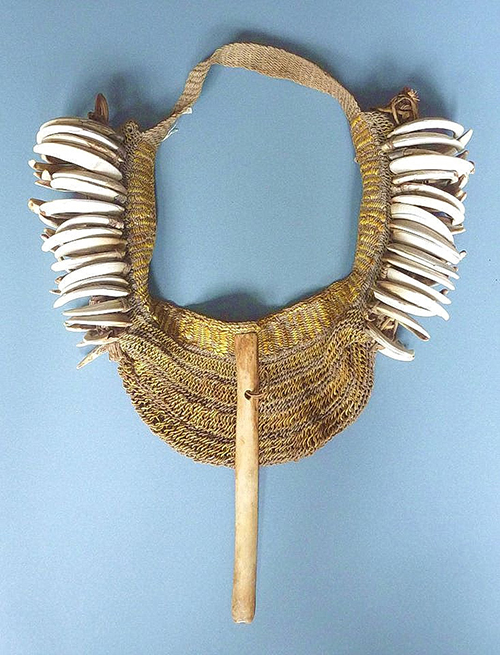 This is a rare bag from the western part of the island of New Guinea, now under control of Indonesia, and generally referred to as Papua. The piece is made of boars’ tusks and fibre, including orchid fibre (yellow). The cassowary bone which is prominent at the front and sticks out at the bottom must have a special meaning which even despite research carried out seems to be unknown today. The piece formerly belonged to a missionary society and subsequently to the well-informed Amsterdam dealer, Michel Thieme, from whom we bought it.

Share this:
← Earrings from Tibet
Ornamental Lacquered Comb from Indonesia →